A recent survey of family lawyers in Ontario, Alberta, Nova Scotia and British Columbia found that the majority prefer to resolve family law disputes with collaborative settlement processes rather than through costly litigation. 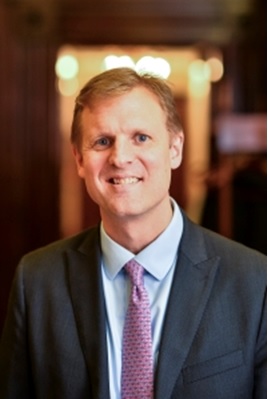 The survey results appear in a report titled “An Evaluation of the Cost of Family Law Disputes: Measuring the Cost Implication of Various Dispute Resolution Methods” released by the Canadian Research Institute for Law and the Family (CRILF) and the Canadian Forum on Civil Justice (CFCJ).

According to the survey, conducted on 166 family lawyers, 90 per cent of lawyers prefer using collaborative processes, with over 94 per cent reporting that clients are satisfied with the results of these processes.

Trevor Farrow of the CFCJ said the report, published in March 2018, is exciting because it gives a window into the practical experiences of lawyers in the family law system.

“As a procedural analysis, it gives us fairly important insights into the merits and drawbacks of some of the current processes that are being used,” he said, adding that another important aspect of the report highlights the comparative costs of different processes.

“In Canada, and quite frankly around the world, we have very little data on cost and cost implications of different aspects of the civil and family justice system. This study gives us what we think are important insights on actual costs and relative costs in terms of different family law processes,” he explained.

Farrow noted that data on processes can create a model for considerations around reform and what research is needed going forward.

“We’re not claiming that these numbers represent a definitive answer to what should be happening in family law, but what the report does claim is that these numbers need to be taken seriously. We think they’re good indicators and we certainly think that, given what they’re saying, we need to invest more time and energy to explore these issue further,” he said.

Farrow explained that the legal community and policy-makers need to take a look at what research exists and what still needs to be done to create data-based solutions.

“We need to make serious investments to do these kinds of studies to cover more jurisdictions, more lawyers, ideally more processes, so that we can fully understand and make the best judgments we can on how to reform the system,” he said, noting that until recently the legal system has been basing reform on largely anecdotal evidence.

“Going forward we need to base our reform decisions on evidence, on research, and on data that provides sound information on costs and benefits to both the providers and the users in the system,” he stated.

Farrow said he wasn’t surprised that family lawyers prefer alternative approaches to the trial process. However, he was taken aback by the strength of the numbers. He said the survey results speak volumes about where lawyers’ inclinations are leading.

“We know that cost is a huge driver in terms of family law decision-making, in the same way that it’s a huge driver across civil justice. Various studies point to prohibitive cost figures in our current justice system, so cost is, as a practical matter, a big driver in terms of how people approach the system, whether they approach the system, and what tools they use,” he said.

“Ideally, we would be able to provide a system that is specifically tailored to the kinds of needs that people have, taking into account the practicalities of financial ability across society. People need help and they need to be able to access it. It should not be the case that a process is driven by cost,” he added, noting that cost needs to be considered when figuring out how to reform the family law system.

Farrow said research indicates that adversarial processes are not always a good fit for handling challenging emotional issues, especially when dealing with children or other complex family matters.

“We know that mediation, reconciliation and other kinds of collaborative and supportive processes are very well suited for many family law issues,” he said, adding that he’s very excited about the results of the report.

“We think it provides a good early indicator of the kinds of research that needs to continue to be done. It provides striking insights on where the system is and where it should be headed. We also think it demonstrates a need to find ways to directly access the public and users of the system to gain further insight on what they think about these processes and what they report as their costs. Those are important studies that still need to be done,” he explained.

“We need more people talking about these issues and to put more pressure on all of us to start taking these issues seriously,” said Farrow.